ASPI Voices from federal parliament: The promise of our federation 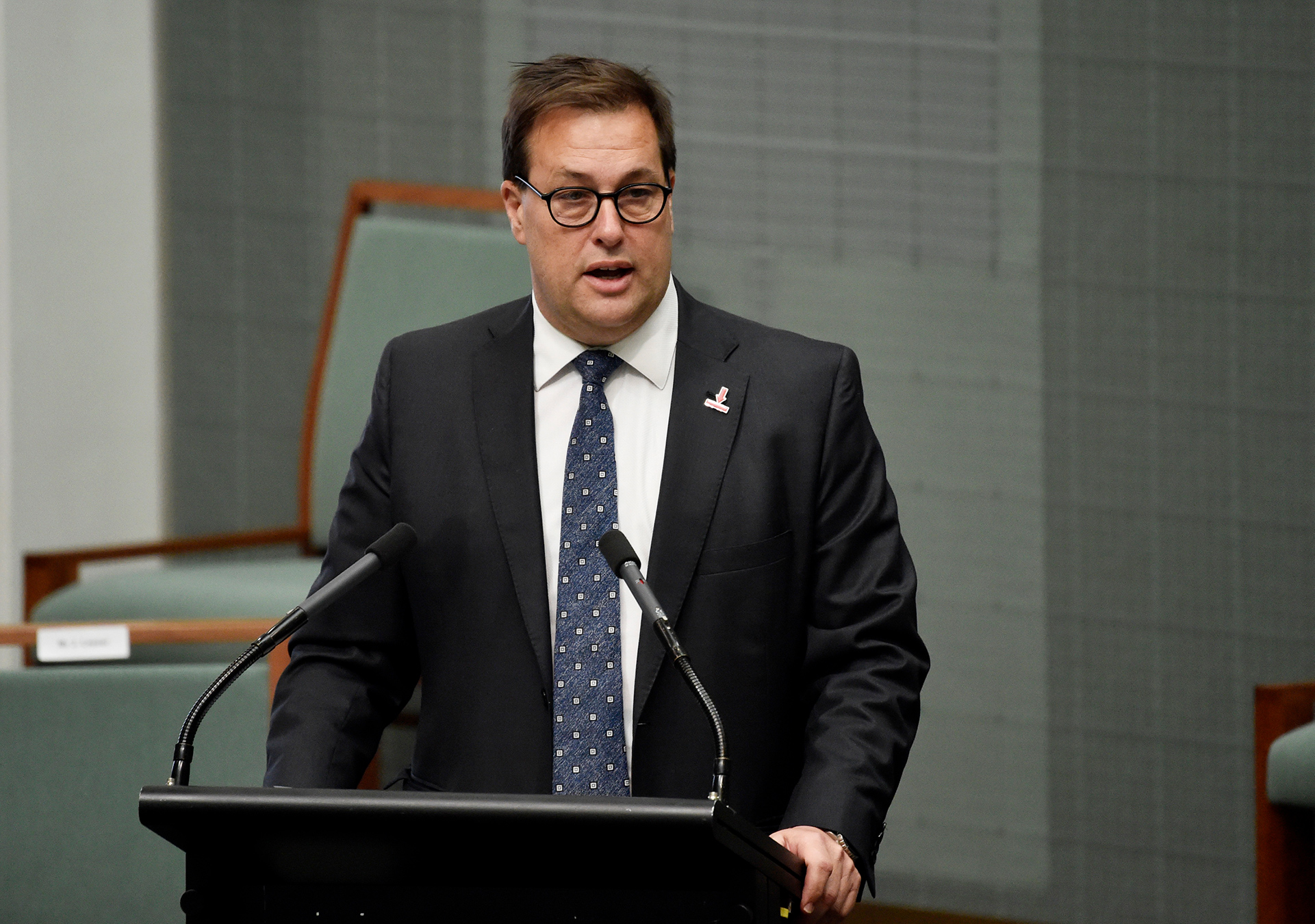 The promise of our federation

In our common despair, it's easy to focus on the bottomless pit of darkness; it's much harder to raise our eyes to the far-off light. But let there be no mistake: this is a choice. As the pandemic gives way to economic recovery, our choices will be stark. We can bemoan the darkness or seek out the light. We can take this moment to rebuild the promise of our federation into a modern nation. We can reassert that real justice is found when all people, no matter where they're from, what they want to do or where they want to go, can live freely and with the chance to live long and prosper.

In the space of months, we've gone from a multi-billion-dollar 'back in black' surplus to a deficit higher than at any time since World War II (Australian Government 2020:1). The inferno of Covid has exposed flaws in our systems and institutions that have been papered over in our three-decades-long economic expansion.

In this paper, I focus on two aspects of that injustice and the challenge before us: the cost of dumb regulation, and the unfair nature of our workplace laws. I focus on those areas precisely because the inconvenient facts they present are given so little attention.

The primary inconvenient fact is this. If we're truly the world's luckiest continent with some of the world's best workers, why do people not want to invest here, build businesses here, and employ people here? We all know the answer: Australia, despite our luck and talent, has legislation, regulation, litigation, education and taxation systems that lag behind much of the OECD's. Decades of vested interests have created a culture deeply rooted in helping the few at the expense of the many. This government has challenged the culture of special interests at every turn by advancing the rights of Australian workers and our values of freedom and fairness. Helping businesses employ people and employees gain fulfilling jobs isn't only about recovery; it's about supporting the aspirations of Australians across this nation.

Economic history is littered with examples of governments driving sustainable growth through well-regulated markets framed by simple, transparent and efficient regulations, coupled with innovative working arrangements that benefit workers. In Australia, vested interests have worked to ensure that this doesn't happen.

Regulation, when done well, reduces transaction costs, expands markets and allows people to invest in new products and services, rather than lawyers. When done badly, it has the impact of misallocating scarce resources towards transaction costs, such as lawyers, or marketing activities that seek to confuse consumers.

George Stigler, in his seminal work on regulation, demonstrated that regulations commence with the intent of protecting consumers but often have the unintended consequence of protecting producers

(Stigler 1971). Australia is currently one of the world's most regulated countries. It's difficult to credibly argue that all this regulation has made Australia any better off, our consumers safer, market failure lower, prices more discoverable or rip-offs fewer. In fact, if you listen to many consumer advocates, the average consumer has never been worse off. That's despite the fact that governing bodies throughout this country have covered our land in new, complicated and in many cases counterproductive regulations.

The Rudd-Gillard-Rudd governments introduced more than 55,000 new pieces of regulation in their short tenure.

Defective regulation doesn't improve job opportunities or provide financial security. In fact, it has the effect of stifling innovation and undermining our economy while failing to provide baseline quality assurance.

The Productivity Commission has pointed out that real damage is done to the economy when regulation is compounded, requiring enterprises to either risk being in contravention or expend vast resources on compliance.

Over decades, successive layers of regulation have created a bureaucratic culture at the heart of many industries. In fact, the regulations have become an industry in themselves. Australia leads the world in class actions, taxpayer-funded advocate groups and lobbyists. For every journalist in Australia, there are almost 12 public relations professionals (Sheehan 1998). These regulation entrepreneurs are highly profitable: a litigation funder recently revealed that its two Australian funds have a return on invested capital of over 300% (PJCCFS 2020).

Needless to say, those extraordinary profits come at the expense of better products and services.

Australia's regulatory framework is driving a material misallocation of resources away from those activities that provide financial security for our citizens. From industrial relations (IR) to tax and superannuation, the regulation that underpins the prosperity of our society is misdirected and not achieving its stated objectives.

Our regulatory framework is jealously guarded by vested interests who benefit from locking away opportunities for the rest of us.

Take, for example, workplace laws in Australia. According to the World Economic Forum, our IR system has more in common with the third world than with developed nations. The centralisation of our workplace bargaining system means that our ability to create the jobs of the future is damaged.

Except for the privileged few, and when unemployment rates are likely to exceed 10% (Sullivan 2020), the Fair Work Commission discourages employment, productivity and higher wages. There are more than 100 different applicable rates and a 23-step process requiring five checklists from different government agencies just to hire someone.

for work, and its only real effect is the diminution of economic opportunity and hope. Small and medium-sized enterprises (SM Es) are responsible for 76% (ABA-NAB, n.d.:s3) of all new jobs and 56%

(ABA-NAB, n.d.:s3) of total national production yet bear the brunt of compliance costs: 70% of small businesses report that government red tape is a burden that detracts from their business (ABA-NAB, n.d.).

With excess regulation costing $9.3 billion per year for small businesses (ABA-NAB, n.d.:s16), this problem cuts to the heart of our national productivity and international competitiveness.

Unlike larger corporations, which have departments dedicated to compliance, start-ups, SM Es and family-run businesses are paying on average $90 in compliance costs per $1,000 of turnover (ABA-NAB, n.d.:s16). Compare that with larger firms paying $0.40 per $1,000 of turnover (ABA-NAB, n.d.:s16) and the scope of the issue becomes clear. We're regulating innovators and the largest employers of our society out of existence.

The cost is two-fold: lost jobs and less dynamism in our economy.

Freer markets, such as Australia's, were able to outperform in meeting the material needs rapidly brought about by COVID-19. What we can do to strengthen free markets by making regulation smarter, fairer and more efficient will supercharge our recovery from the Covid-19 crisis. There are clear opportunities at the federal level, especially in permitting workers and managers to talk to each other about increasing workers' wages. After all, as the World Economic Forum has pointed out, our IR system is ranked 72 out of 122 in the world (WEF 2018).

At the state level, planning, tax, education and infrastructure are very obvious opportunities for improvement.

Unfortunately, the vested interests that profit from current regulation are trying to take us in the opposite direction. The ACTU has demanded even greater centralisation in our workplace laws. Unions are seeking to place themselves between workers and employers to an even greater extent.

Of course, many of the arguments they use to advance this position are problems that have arisen under the very laws they spent millions advocating for. The Fair Work Act and the Fair Work Commission have created less secure employment and increased job insecurity.

The IR Club wants to maintain a world in which workers are bonded to businesses for life and their conditions are determined by a far-off tribunal that they have no say in. In contrast, the gig economy presents an opportunity for people to design their own work lives, on their own terms and conditions. Given Covid-19, the role of government should be in creating tax incentives to help Australians get back to work.

'wage growth in Australia is low' (Treasury 2017:3) across critical metrics; for example, the Wage Price Index is at the lowest level since the index began. There isn't a single state or territory where wage growth hasn't significantly declined from 2012 (Treasury 2017:5). The downward pressure on wage growth is worsening and the pace of decline is increasing as more and more people come off enterprise agreements and rely on the Fair Work Act.

The first step to reducing unemployment requires us to make hiring easy and the cost of compliance cheaper. Creating integrated systems across government departments to eliminate duplication and automating processes will be critical.

Wherever vested interests have been powerful, governments have been undermined in their attempts at making genuine reform. More often than not, genuine stakeholders are the subject of misinformation campaigns, and the politicisation of the issue results in little change. We can't allow a generation of Australians to have their aspirations lost to a global pandemic. The singular goal of government should be to get our nation back to work. The times demand that we reimagine the promise of our Australian federation to undo the heavy burden and to let the oppressed go free. We must recreate a nation in which all people are empowered and have the opportunity to live long and prosper.

In true Dantean form, it's often in times of darkness that we're able to identify the solutions to problems most clearly.

Our federation was designed to make our continent whole. At the moment, some are enjoying driving us apart. If we want a brighter future and the real justice of equality of opportunity, we have to grasp the opportunities that better regulation and legislation will give us as a nation.

*As printed in: After COVID-19 Volume 3: Voices from federal parliament