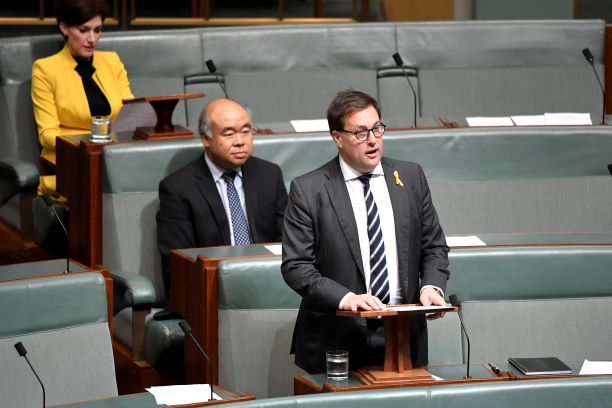 Our legal system should be about justice, not profit, but the tax-haven-dwelling litigation funders have other ideas.

Last Friday, ASIC was asked what it knew about the activities of litigation funders. Remarkably, it knew nothing, yet class actions have more than tripled since it was given an exemption from ASIC oversight in 2013. Billions have flowed into their coffers, plaintiff law firms have set up their own funds to avoid tax, and publicly-listed companies have withdrawn from investments because of the downside of the investment going wrong.

Without regulatory oversight, what protection do consumers and victims have? In Australia, none. It’s rare for ASIC to find an area of Australian business it doesn’t want to regulate. You have to ask why ASIC was so keen to appeal the Westpac Wagyu and Shiraz case when the judiciary found Westpac did not breach the law, but ASIC prefers to leave regulation of litigation investment vehicles to the very same judicial officers?

Litigation funders have corrupted our legal and regulatory institutions that should be arguing against them and holding them to account.

They have turned our systems of justice into a casino in which they are the only winners. Even when genuine victims are found and they get their cases to court, justice is delayed by years, and victims have their payouts cut by tens of thousands of dollars to repay their investors.

The returns on these “investments” are just as outrageous. The people who run these funds expect returns of at least 300 per cent. In some cases, the returns have been more than 1000 per cent.

Recently, litigation funder Augusta Ventures explained to a court that it needed to take out an insurance policy that paid out three times its costs as this was the return their investors expected. This was charged as an expense to the victims they claimed to be representing.

In another example, workers suing their employer walked away without a single cent despite a $5 million judgement awarded in their favour; the litigation funder took almost $2 million and the remainder was shared between lawyers and administrators.

Were this any other financial institution in Australia, the Law Council, ASIC, ATO, APRA and a bevy of taxpayer-funded consumer advocates would be sounding alarms, demanding the closing of loopholes, and commencement of prosecutions.

The impact of this seldom seen lackadaisical approach by regulators and consumer advocates is that victims are suffering lower payouts, access to justice is delayed as the courts are clogged with frivolous claims, and Australian families are being denied economic opportunities.

Nancy Milne, the chairman of the Accounting Professional and Ethical Standards Board, told the Parliamentary Joint Committee on Corporations and Financial Services that listed Australian companies are displaying “much more reluctance to do things that are entrepreneurial, because of the fear of litigation”. This risk-averse behaviour in relation to investment decisions is not because of fear the investment will not work out, but because of the class actions that might follow. This is having an impact on people’s wages, on employment levels, economic growth and innovation.

If we want to improve victims’ access to justice, improve the justice they receive, and ensure the legal system is dealing with genuine cases, rather than legal actions taken on the basis of financial return. We need to be rid of these opportunist litigation funders.

But the Victorian Labor government wants to worsen this problem. It wants to unilaterally end the ban on contingency fees so that law firms like Slater and Gordon and Maurice Blackburn can get in on the action and take a cut of payouts for victims, instead of just their fees. It is worth noting these firms’ donations to Labor.

If we want to improve the lives of ordinary Australians who want to get on with their lives, provide for their families and give back to their communities, then we need to prevent litigation funders profiteering in the regulatory dark.

Jason Falinski is the Member for Mackellar and Chair of the House of Representatives Standing Committee on Tax and Revenue.